HomeCopyrights in Video and Music 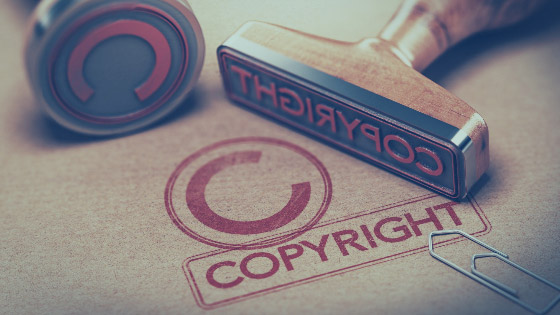 In basic terms, copyright laws are a form of legal protection for the original works. It therefore gives the copyright owner, individual or a legal person, the exclusive right to control any exploitation of the work.

The main purpose is to encourage creative development of ideas whilst providing a financial benefit to those who have created or produced the work.

National copyright laws differ from country to country. This can pose a problem when it comes to international distribution and dissemination of works.

However, some basic rules of international protection are established by the Berne Convention, which is a treaty between 160 countries , that sets the minimum standards of copyright protection in which each country involved should adhere to.

Once the original creator has created/produced a video/film, the copyright protection is instantaneous and the work is protected without any formalities. In Cyprus, copyright owners of a film are the film producer and the film director.

Generally, the video producer has the right to film in any public location. However, a film/video producer does not automatically have the right to film in an individual’s home or private business without obtaining a written authorisation from the individual. Additionally, it’s a good idea for anyone who appears on video or in a still image to sign a release written express form prior to filming.

This ensures the producer will not encounter any problems with releasing the footage for commercial or non-commercial use at a later stage. If someone is filmed in a public place, such as in a crowd, they do not need to sign a release, so long as they are not the focus of the shot in any way.

The duration of the copyright differs depending on the type of medium it is, but for video it generally ranges from 50 years after the recording was created or published (for the film producer), to 70 years after the creator (director) dies. Actors are granted the so called related rights which also have to be cleared every time a performance is made in public.

If you don’t produce the music or sound yourself, you will most likely be obliged to pay a musician or label for the use of their music. This payment is referred to as royalties and it ensures that the musicians, composers and recording artists are rightly accredited and paid for their work.

There are two main authorities called PPL and PRS who make sure the correct person is accredited for their work. PPL license on behalf of record companies and performers, whereas PRS deal with the rights of song writers, composers and music publishers.

In both cases, they distribute the rights of music played in public, on TV/radio, used on the internet and PRS additionally cover the production of physical copies of CDs and DVDs. A company must receive clearance from PPL or PRS before the use of the music is validated.

In some cases, larger companies pay an annual fee to PRS in order to avoid having to obtain an individual licence every time music is used. This type of licence is called a blanket agreement. However, the company are still required to fill in a cue sheet in order to report which songs are being used.

This is to ensure the right people are being paid for the use of their music. For music, again the validity of the copyright ranges from 50 years after the sound recording was created or published (for the producers of sound recordings), to 70 years after the creator (author of the music or lyrics) dies. Musicians and singers are granted the so called related rights which also have to be cleared every time a performance is made in public.

With the use of music and video, if it is not cleared, the company or individual may be liable to pay costs or damages due to copyright infringement.
In placing a copyright symbol on a piece of work, it is an informal indication to the public that the creator owns the rights to that material, but it is not a prerequisite for the award of copyright protection.

«The most fun and popular Online, Live, Interactive Quiz!»
Perfect for your organizations communication campaigns and your personnel activities!
The quiz runs in both physical and virtual mode.