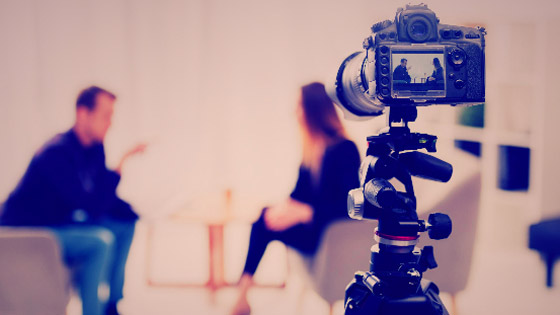 At a time where consumer technology is freely available to anyone we are occasionally being asked to provide the so called, raw footage of the productions we undertake. Source footage -raw footage- is not aimed for the consumer, as the consumer software for video editing and consumer computers cannot process it normally.

I take this opportunity to specify what raw footage is and how it is being used and the reasons why professional video production companies, which respect their reputation and quality of work, should not and do not give out any raw video.

Raw video files are large files generated by professional camera equipment and occupy a lot of space in any hard drive while they come out in specific formats. In order for anyone to decode and process these files, they will need high performance hardware and software, which can process and render the raw footage smoothly.

All the fore mentioned, cameras, computers, software and other hardware are extremely costly to obtain and require technical knowledge as to their capabilities to work together effectively in all stages of the production procedure.

Raw video consists of useful and non-useful data. Useful data are the ones that are finally being used during the postproduction procedure.

The non-useful footage is the one that consists of camera movements the camera operator did while changing his camera shot or while moving from one place to another, time in which the camera was recording during setting up for the next band to perform at a festival, or change in the scenery of the next choreographers play during a dance platform, or even people making non flattering facial expressions while they didn’t know they were being recorded! More over, raw video is unprocessed.

The video editing team will make sure the raw footage is processed as to color editing, sound editing, mixing and mastering, transitions and effects.

At MusicEra we research, buy and are up to date with all the hardware and software we use. For us, making sure your event is captured and processed with technology that will enable you to view your video many and many years later on, and be proud of the quality comparing it with that times technology, is very important.

We maintain an enormous storage space with ALL of the projects we have filmed since 2009. We do not charge you for this; we do this as to ensure our after sales support and customer service. If at any time you wish to amend or re-produce part of your production, we will be able to restore it from our archive and serve you. Our aim is to create magnificent results that will make you want to watch.

By concluding, raw footage is not the proof of any video production company’s work. For all the efforts we make, as for you to receive a high quality video, we ask you to respect the policy just like we respect and work hard for your progect; we do not give out raw footage. Raw footage is footage that needs to be maintained in professional studios.

It has useful and non-useful data. It can be processed effectively by expensive, high performance hardware and software. A video production company is being judged and rated by the final result and as to whether all the parts of the production have worked effectively towards the best result.